They are found everywhere in Hong Kong, almost every bakery bakes it.

The top choice is undoubtedly Hang Heung Cake Shop. And they only sell the traditional wife biscuit with winter melon paste.

They are famed for this. The reason is obvious because their wife biscuit always taste so fresh. The texture of the pastry is so soft, while the winter melon filling has a slight bite in its texture.

You can keep their wife biscuits for ten days.

– Tsim Sha Tsui, Sogo Department Store, Basement 2, 10am -10pm, East Tsim Sha Tsui Exit J (Tsim Sha Tsui and East TST MTR are linked, so if you drop off at TST, you can walk towards their arrow pointing towards Exit J which will lead you to East TST MTR or sometimes it may also point towards East Rail station), and a bit of walk to Sogo. 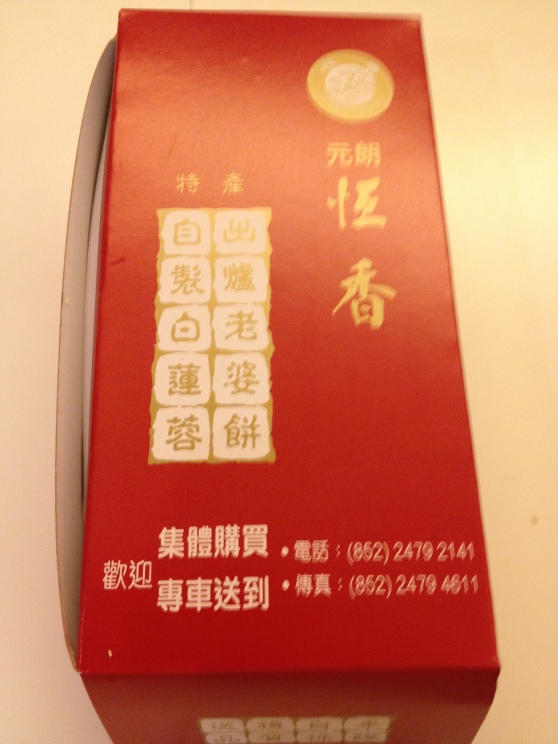 My other top choice is Wing Wah. Wing Wah sells it freshly baked daily in their shops or individually packed for tourist to take away in both normal and mini sizes. If you want something different, then try their century egg pastry. They sell mini wife biscuits as well as normal sized ones.

It loses to Hang Heung in texture by a little but One thing that sets Wing Wah wife biscuit apart from everyone else, including Hang Heung and Kee Wah and other local bakeries is their vast variety of filling variety.Wing Wah is great in producing fillings with different variety from fruity flavours to lotus seed to mung bean. And they are all nice.

I attended a wife biscuit making class held by Wing Wah chefs. And the trainer told me that their all their wife biscuits are handmade until today!

-They have many locations. Its worth mentioning, they have an outlet in the airport that is in a convenient location. Its within a stone throw after clearing the customs. They also have many other outlets in the Hong Kong Airport. But that outlet does not have a fresh bakery.

Not all their shops carry the same items.

The next other choice is Kee Wah sells only the traditional type of wife biscuit which is the winter melon filling. Available in normal and mini sizes.

Their wife biscuits are definitely better than the standard ones sold in local bakeries or major super markets. But limited in filling variety.

What I like about Kee Wah is that their store is pretty much the same in every store. Unlike Wing Wah, where you can find different items in different stores.

Kee Wah has quite a few stores around Hong Kong. (Click Stores for the locations).