**Always check for the latest restaurant address as they tend to relocate often.** They have branches in Admiralty, Central, Taikooshing, Tsim Sha Tsui Kowloon

Went there for lunch and dinner separately with a guest. They are famous for peking duck but if you are really keen, you will need to wait for 45minutes and I believe you will need to order one whole duck according to the waiter. But since their normal food fare is just average, I don’t think I ll be trying their peking duck. Maybe somewhere else…

Both times, the food is just average. Although they serve Dim Sum, but being a Beijing restaurant, Dim Sum is not their forte.

So, we just ordered, a cold dish. Taste quite average. Its cubed cold tofu, century egg, olive mixed together. Not much taste. Their olives taste slightly different from the ones in Singapore, its slightly sourish, slightly salty. 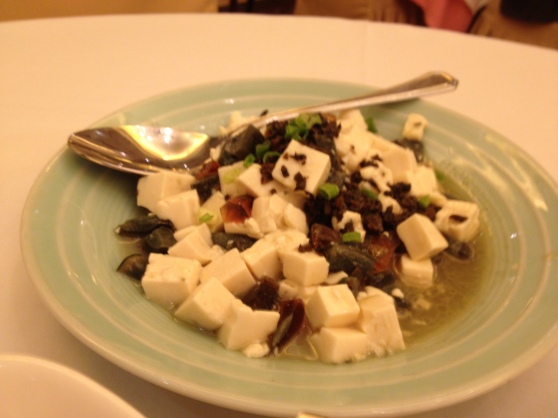 Next, we tried their fried duck meat with leek I think stuffed into crispy biscuit. I think there was too much duck meat for two biscuit shells.

The biscuit shells were sprinkled with sesame seeds. This is average again. 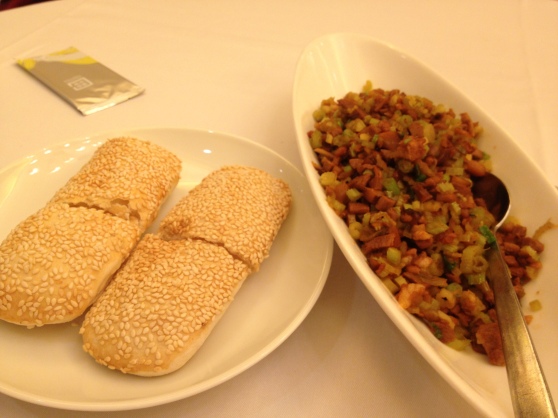 And we ordered their sliced beef with leek. Average again.

Hm… I like their cold dish that they serve to every table. Its cubed cucumber, tofu marinated in chili slices, sesame oil and soya sauce. Nice and crunchy. 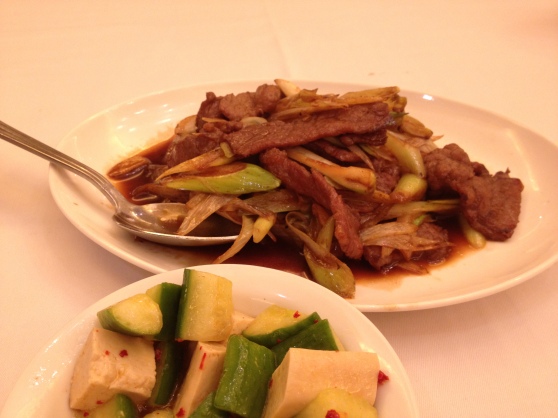